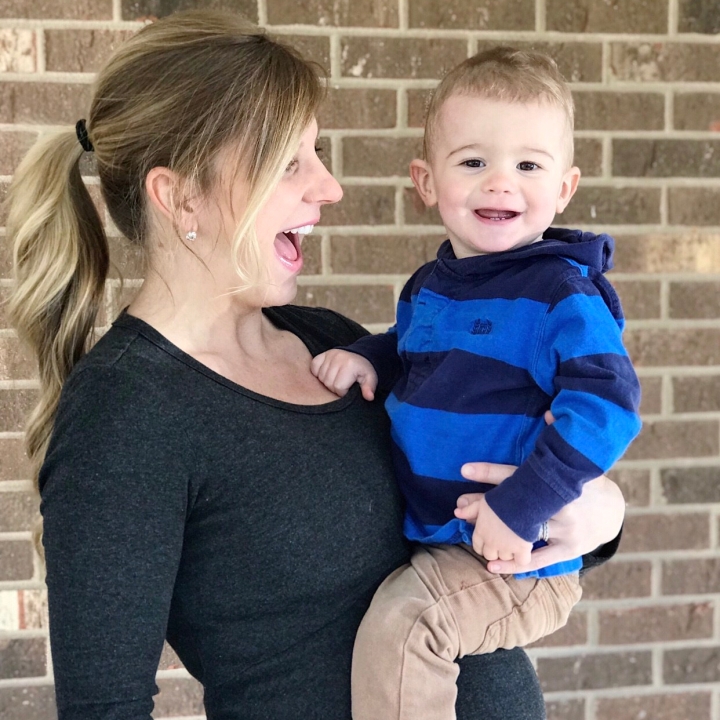 My two babies in one pic!

This kid is the funniest!  We’ve been working on the whole “where is your belly?”, “where is mama’s belly?” and saying the word “baby” kind of stuff.  Not sure if he’ll 200% be in-the-know by the time his little sister makes her appearance, but we are trying, LOL.

Here we are, at the half-way point of this pregnancy!  A part of me feels like things had gone by quickly and I only have a few more months to go and a part of me isn’t the most patient person in the world, haha!  Here at 20 weeks, this is the first time I’ve actually taken a “bump pic”, which is sort of funny because last pregnancy I feel like I was taking them pretty often.  Just goes to show you that when you are chasing a toddler around, there are always bigger fish to fry!

Great!  A million times better than I was a few months ago in the first trimester.  Second trimester is the best of the trimesters for sure!  I’ve been sleeping well, thanks to my lovely pregnancy pillow.  Totally regret not investing in that for last pregnancy.

I’ve been teaching my Jazzercise class twice a week and still doing high impact.  I have had some slight light headed-ness with some of the overhead press type upper torso/weight routines, so I’m modifying and either dropping to lower weight poundage or just doing the moves without weights during the over head part.  I’ve kept doing the abdominal floor routines, but mostly just previewing the moves that are uncomfortable and modifying the rest.  I taught all the way until 40 weeks when I was pregnant with Emerson, and hoping to do the same with this pregnancy if I just continue to modify as I see fit.  I’ve also started back to walking now that the weather is warming up.  Hoping to keep that up consistently like I did last time, as I think it helped me not swell the last time I was pregnant.

Totally rocking the maternity stuff these days, along with some of the blousey or stretchy regular clothes that I have.  I wrote about my essentials here.  Ready for spring/summer temps to roll in consistently, so I can start wearing more dresses and less tights under them.

My appetite has definitely increased over the past few weeks.  No weird cravings though.  Still like a sweet/salty mix, but try and stick to eating my normal, pretty healthy way for the most part. 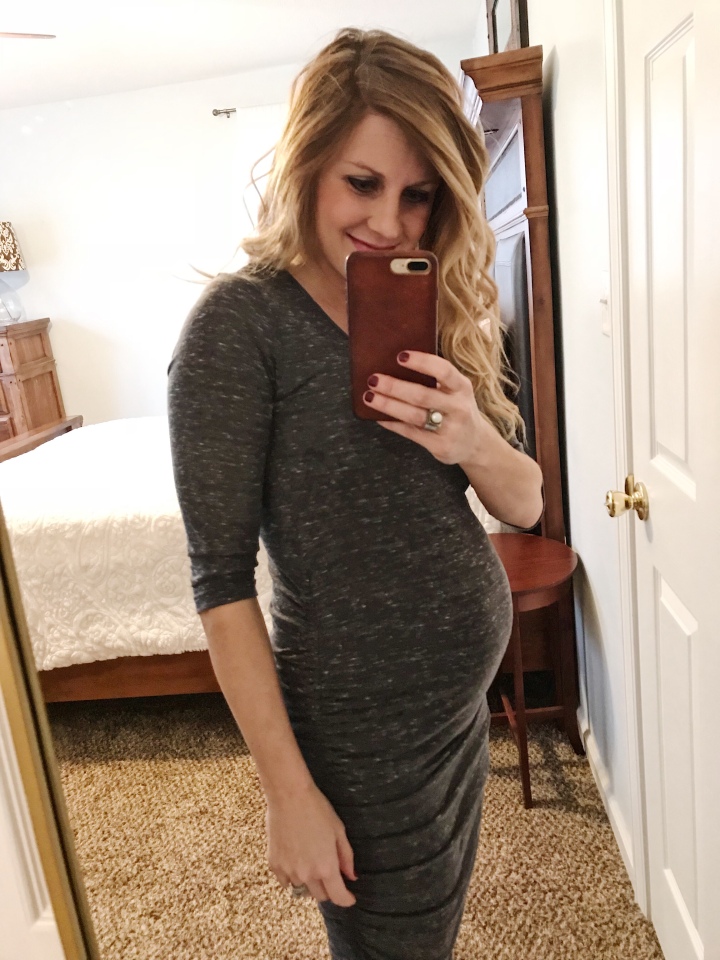 What’s Elliott Up To?

We had our anatomy scan two weeks ago and all looked great!  She was cooperative and even sucked her thumb a little bit.  I’ve been feeling movements a lot, mostly when sitting down, of course.  I probably started feeling the flutters around week 16 and feel her wiggles more consistently now that we are a month later.  Stephen got to feel her this past week, which is always fun.  I think that she is sitting a bit higher than Emerson did. 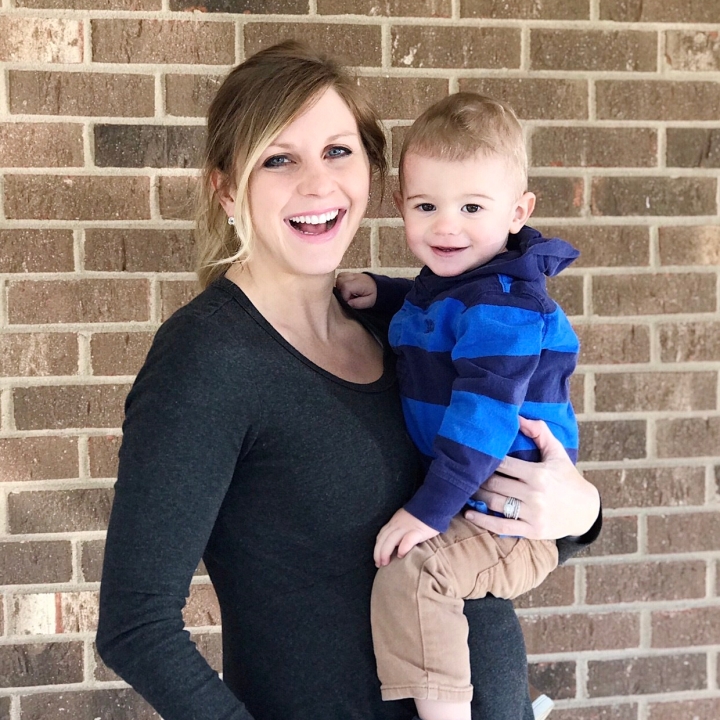 Goals For The Next Half: 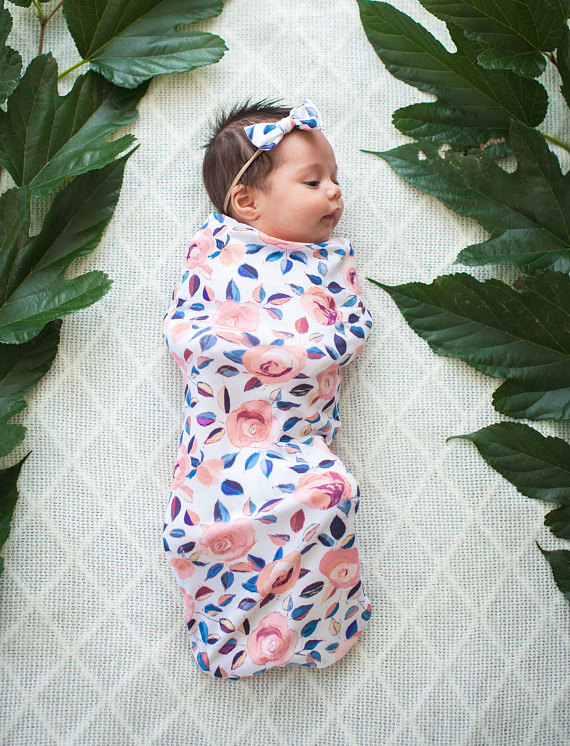 Lastly, I want to soak in all my special moments with Emerson that I can and remember what life was like when he was the only one.  I’ve noticed that I’ve been spending the extra seconds lately, smelling his freshly washed hair and cuddling just a little longer these days. 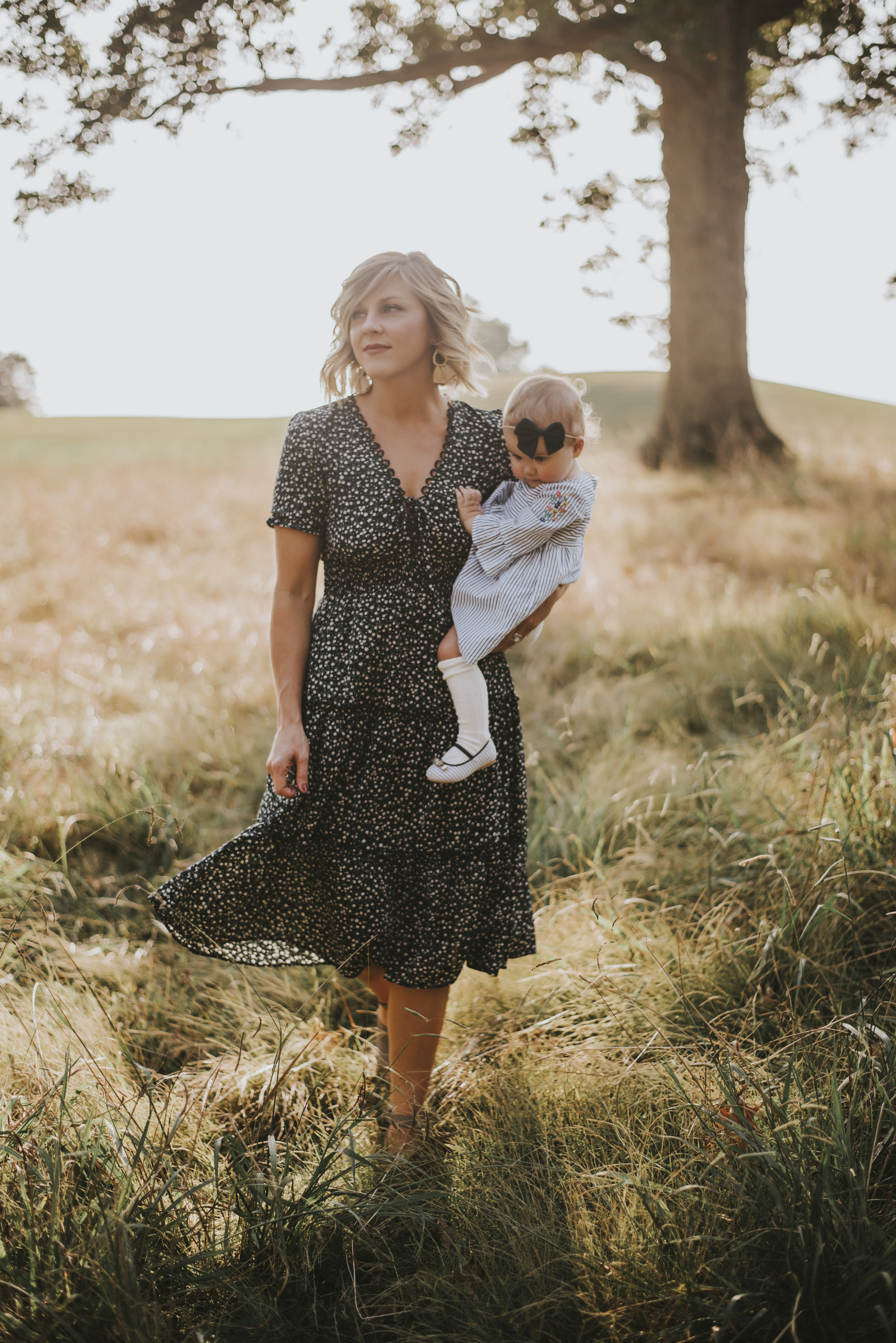 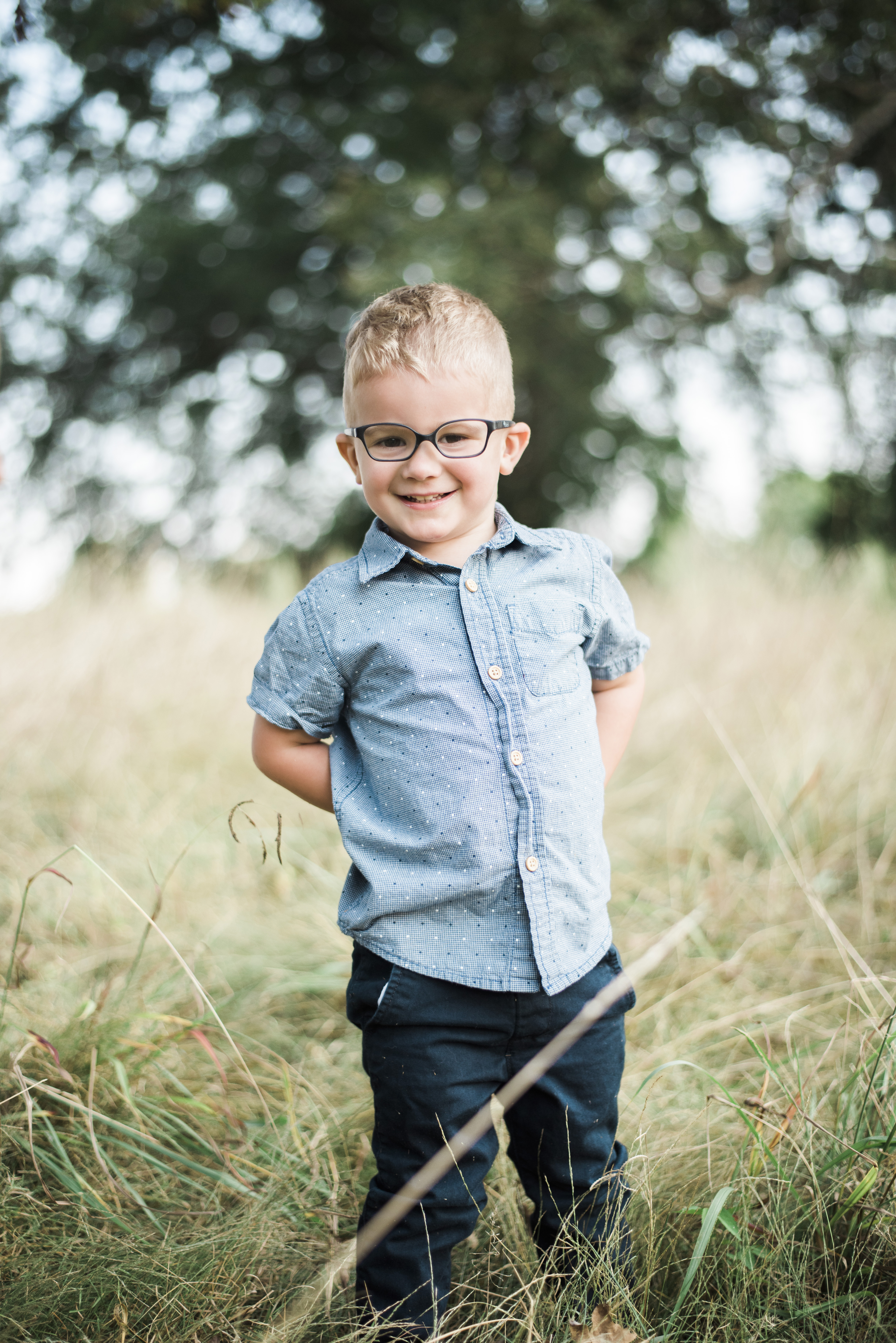 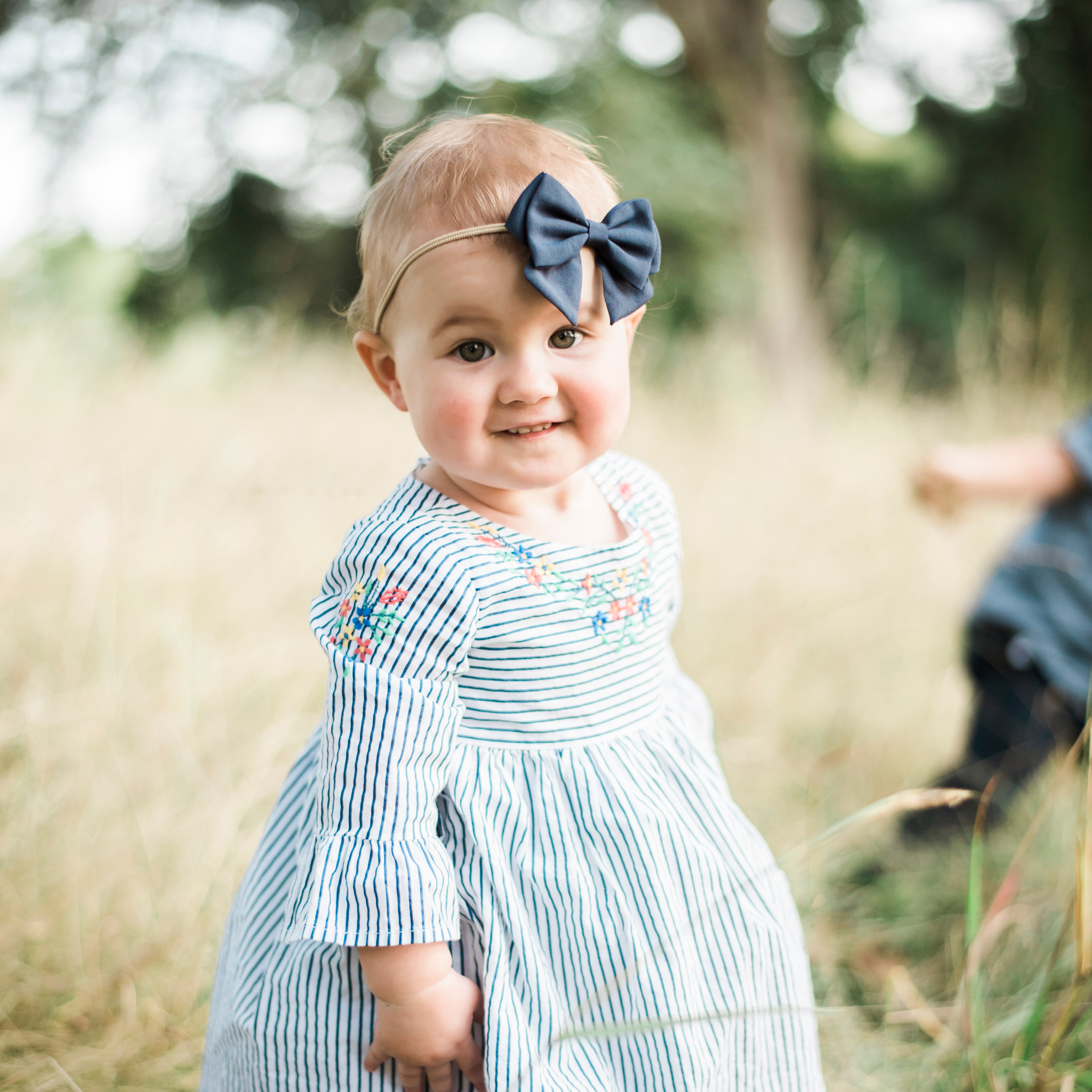 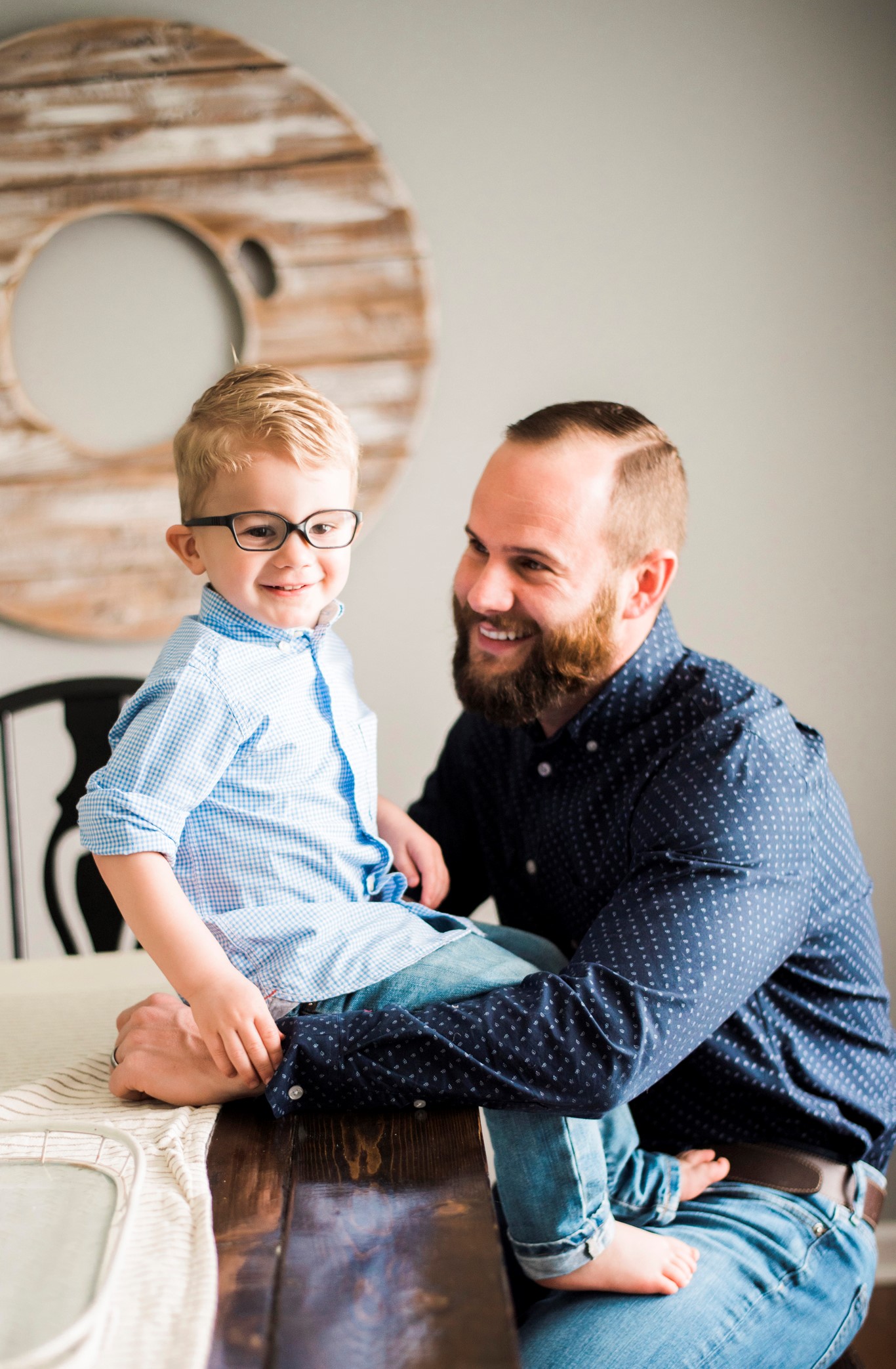